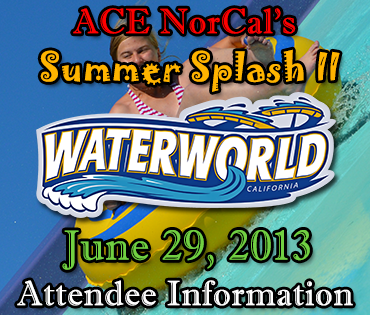 Below you will find all of the event information for Waterworld California, including the tentative schedule, up-to-the-minute updates (if needed) and other news regarding the event. Check back to this page often to see if anything has or will change.