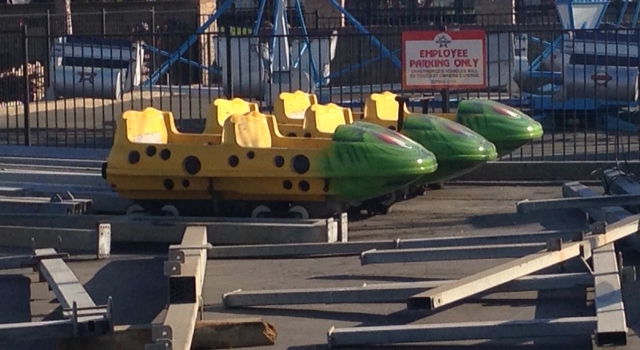 A WILD MOUSE is currently being constructed up at Scandia Family Fun Center in Sacramento! ACE NorCal member Darren Besoyan visited the park on 1/15/2014 and took some photos of the new-for-2014 attraction. Thanks, Darren! The coaster is built by E&F Miler Industries and originally operated at Casino Pier in Seaside Heights, NJ from 1999-2012. Here’s a photo of it at Casino Pier.

Now, check out some more photos of it being installed at Scandia.

Supports are being placed!

More work is being done.

We’ll keep you updated on this new coaster! Stay tuned.

For more information on Scandia Family Fun Center, click the logo below!