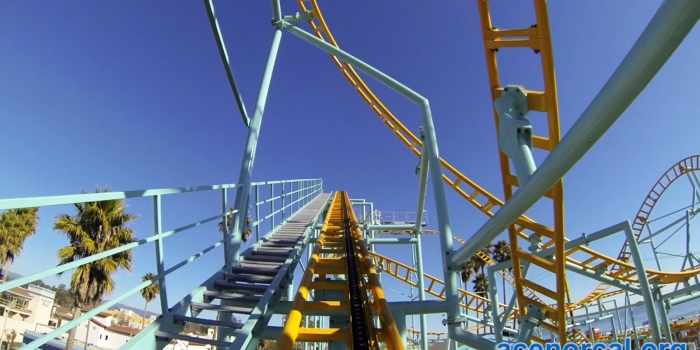 We just filmed the first-ever mounted POV on the new Undertow at the Santa Cruz Beach Boardwalk on 1/18/2014. Check out video of the awesome ride below. An official grand opening of the coaster is expected in the spring of 2014. Built by Maurer Söhne to replace the aging HURRICANE that operated from 1992-2012. Prior to that, a Schwarzkopf JET STAR operated on the same spot from 1972-1991.

On-ride video was filmed with prior permission from the park. Do not attempt to film on any ride without permission or proper training.