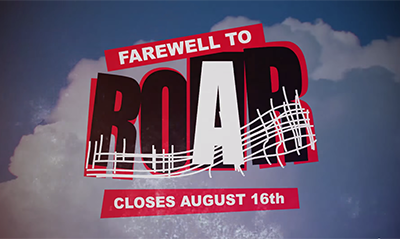 “We are a dynamic and evolving entertainment venue,” said Don McCoy, park president. “Although Roar continues to be a guest favorite, sometimes hard choices must be made to allow for future expansion.”

Roar opened in 1999 amidst a major revitalization effort, with several new shows and attractions, restaurants and shops opening simultaneously. Since that time, an estimated 11 million guests have experienced the 10-story coaster featuring six reversals, 22 crossovers, 17 turns and 12 breathtaking drops, in this 55 mph ride that was named for the thunderous roar of a California sea lion.

Officials have not announced any plans for an attraction to replace the coaster.

A special fond farewell to Roar will include a series of events for guests and Season Pass holders, the highlight of which will be a special last rider event coinciding with National Roller Coaster Day on August 16.