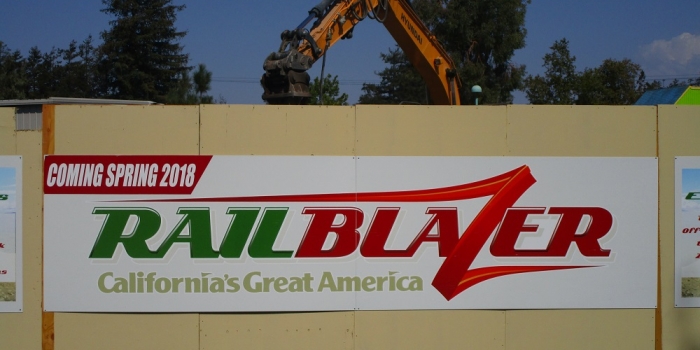 Less than a month after California’s Great America announced RailBlazer, land clearing on the site is nearly complete.

With the park recently applying for a permit to construct the ride, it appears vertical construction will start soon.

Let’s take a look at the site as it appeared on Sept. 9.

Land clearing is nearing completion, and markers have sprung up throughout the site. | Photo: Erik Chalhoub

The last two remaining game booths on the site have been removed. | Photo: Erik Chalhoub

A live construction cam has been placed on the roof of the food pavilion. | Photo: Erik Chalhoub

You can follow along the construction live at www.cagreatamerica.com/explore/live-video | Photo from California’s Great America