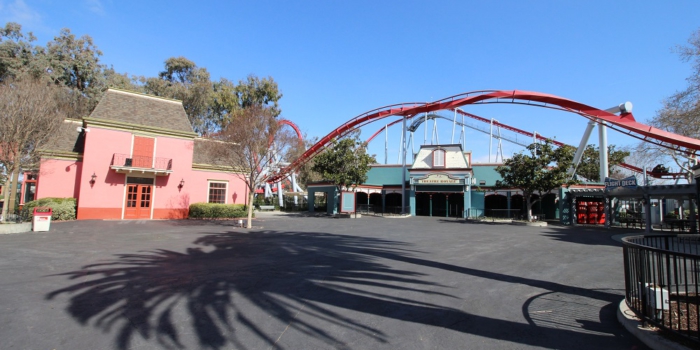 More details of the Cedar Fair’s deal with Prologis are outlined in a filing with the U.S. Securities and Exchange Commission.

The lease has a six-year term with an option to extend for another five years. In addition, Prologis also has the ability to terminate the lease early by giving a two-year notice.

This agreement means that Great America could close as early as 2024 or as late as 2033.

Prologis representatives have been quoted as saying they have no plans for the future of the property as of now. Santa Clara Mayor Lisa Gillmor also said that any change to the property will have to seek permission from the Santa Clara City Council.

It’s unclear when Great America’s wind-down will begin (i.e. moving rides to other parks). Cedar Fair says guests and employees should expect no “immediate” changes, and the park will continue to host seasonal festivals and culinary events in the “years to come.”

California’s Great America is planned to close in the next decade, after owner Cedar Fair announced June 27 that it sold the land to a real estate company.

In a $310 million deal, Cedar Fair sold the land to Bay Area-based Prologis. According to a press release, Cedar Fair will continue to operate the park for a period of up to 11 years and then will close existing park operations at the end of the lease term.

“We chose Prologis as our partner because of their deep ties in the Bay Area and their reputation for working closely with local communities on large developments,” said Cedar Fair President and CEO Richard A. Zimmerman. “For our investors, the sale and lease agreements allow us to monetize a high-value asset in the heart of Silicon Valley at a very attractive multiple. The transaction also provides us with a substantial sum of incremental capital which we intend to use to further advance our strategic priorities and generate enhanced returns for our unitholders.”

The land sale was the outcome of a strategic review initiated by Cedar Fair in 2021 to explore potential avenues to maximize the value of the company’s asset portfolio, Cedar Fair stated in a press release.

Cedar Fair purchased the land at California’s Great America in 2019 from the City of Santa Clara after the State of California dissolved redevelopment agencies, requiring the city to cede its ownership of the property to pay off existing debt. Prior to that transaction, the company leased the land from the city for more than 40 years.

Prior to the start of the COVID-19 pandemic in 2020, Cedar Fair had been in the midst of a multi-year capital improvement campaign at Great America that saw the opening of a new coaster (RailBlazer) and upgraded areas throughout the park. South Bay Shores, a major renovation of the former Boomerang Bay water park, opened in 2021 after a year-long pandemic delay.

This is a breaking story. We will continue to follow the news as it develops.